guntur
7:32 AM
private jets for sale
Hello, in this article I am gonna make a review about Dassault Falcon 900 and its specs so if you are looking for the information, then you are nowhere to go. This is what you really need. Falcon 900 was first produced in 1984 and they still make it today. This is the proof that this stunning airplane is one of the most popular airplanes nowadays for most people.

We are going to start from its specs first.

Later they introduced the next generation of Falcon series, which was Falcon 900EX EASy and Falcon 900DX. The latest version is named Falcon 900LX. The 900LX is equipped with the High Mach Blended Winglets by Aviation Partners. 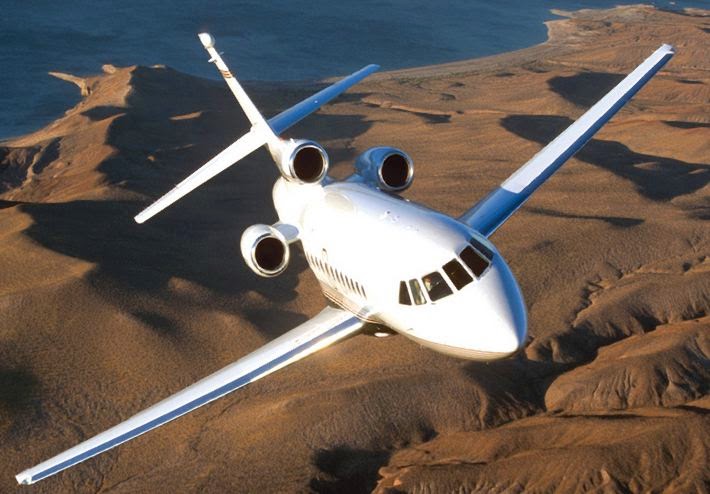 The new Falcon 900 LX is powered with three Honeywell TFE731-60 turbofans engines which can give a 5,000 lbs power output each. That is an extraordinary performance even under the worst condition. Falcon also has tri-jet security who provides you a safer, slower approach and landing speed.

Its cockpit is enhanced with the famous EASy II, the most trusted and reliable avionics system. This man-to-machine designed superb cockpit, together with their Enhanced Vision System, promises a safer, more efficient, and the best awareness fly you ever have. Enhanced Vision System allows the pilot to landing on the low-visibility land.

Not only from the technology view, its cabin is very well designed to meet the standard of a President. They give you a spacious, as well a sleeping promise in a long haul flight, elegant, and flexible living area in the cabin.

Dassault Falcon 900 (LX) is the ultimate of luxurious private jet. Made in France, they promise a French-feeling whenever you fly with Falcon 900. A promise of your private flying home-sweet-home.

There is also a faster version of Dassault aircraft named Falcon 7X. Find out the information about it here - glprivatejets.blogspot.com/2015/03/dassault-falcon-7x-review-quickest-jet.html
Posted by guntur at 7:32 AM